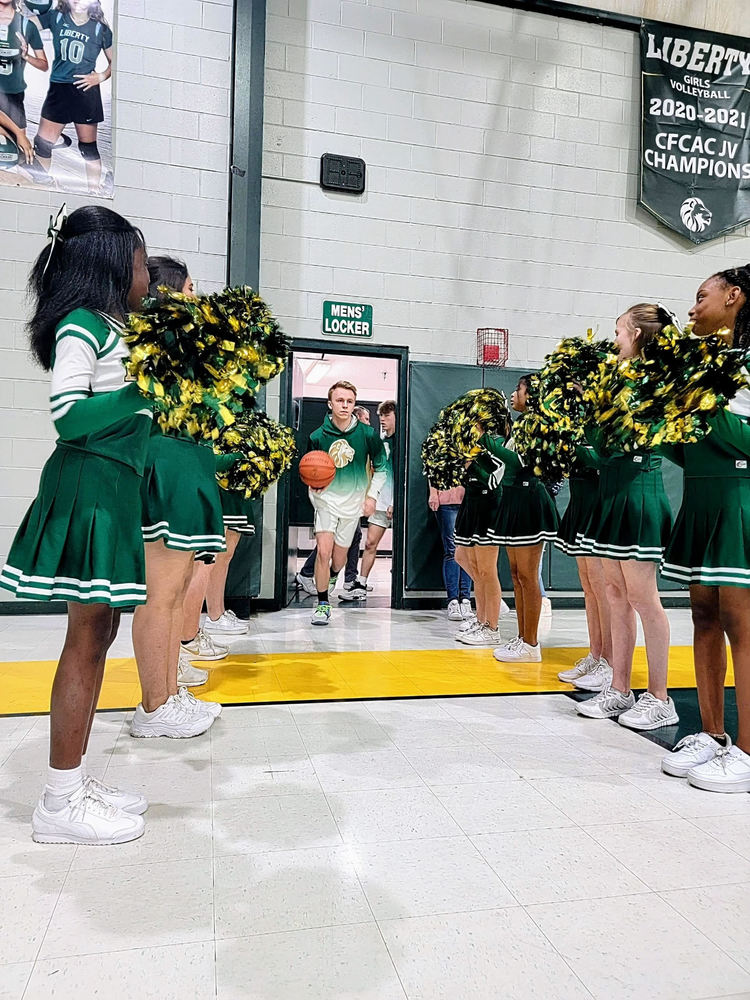 New Gear for a New Season

The basketball and cheerleading teams have purchased new gear to take this year's program to the next level. Some of those add-ons include a new camera, new jerseys for both the girls and boys varsity basketball teams and warmups for the boys varsity team. Some other new things for the winter season includes new pom-poms for the cheerleaders and new supplies for all of the athletics.

The camera captures all of the action in the game and the game film is used to build strategies for future game situations, as well as sending film to recruiters. “This camera is different from other cameras because usually there is a person needed to film everything, but with this new camera it is all computer-operated. All I need to do is make sure that there is an internet connection and I have to schedule a time for the camera and it captures all of the action going on in the game,” said Athletic Director Joseph Martinez. The camera was given to the school by a nation-wide company that gave different schools a camera for a great price, giving all coaches access to game film. Varsity Basketball Coach Dwyane Walker said, “It helps coaches and athletes, because once the game is completed we get the film where we have a film session where we can sit down and look over the mistakes we may have made and celebrate some of the good things we did and it is also utilized for college. . . Colleges want film and they want to see you in action and it is a good way to have that film and transfer that over to colleges, so in the future that helps every sport.”

The varsity boys basketball team got new uniforms and warmups. The new uniforms were purchased by an anonymous donor. “A new feature of the warmups is that on the back of them it says ‘Family.’ Walker said, “That goes back a little bit to really Mr. Thomas’ dad and one of the things he said the day that I prayed for him, ‘This is always one big family and my dream is to see that stay one family.’ That is something he always told me. . . In honor of him we put that on the back of the warmups.”